Quantifying the Water Budget for a Northern Boreal Watershed: The Coles Lake Study

The Old Church - on the corner of First Avenue and King St. - Smithers, B.C. 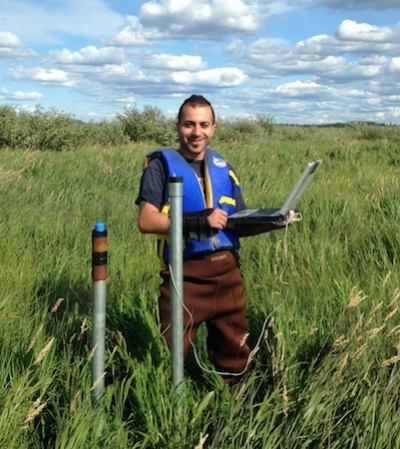 About this seminar: Northeastern British Columbia is undergoing rapid development for oil and gas extraction and this depends largely on subsurface hydraulic fracturing (fracking), which depends on the available freshwater.

The aim of this study is to characterize and quantify all components of the water budget in the small watershed of Coles Lake, northeastern BC through a combination of fieldwork, observational data analysis and numerical modelling. This research aims to determine what amount of water can be safely extracted from Coles Lake for hydraulic fracturing (“fracking”) without damaging the environment.

This project, a collaboration between government and industry, will not only quantify the short-term water budget (hydrological year 2013–2014) for Coles Lake but will also examine its historical and regional context, research which aims to benefit the larger northeastern region, providing detailed information for decision makers to effectively regulate water resources in this remote region.

Sina Abadzadesahraei is a PhD candidate and researcher at the University of Northern British Columbia (UNBC). Sina completed his master’s degree in water resources at the University of Algarve, Portugal, and received his bachelor’s degree in Agricultural Engineering (Branch of Irrigation) from Iran University. Sina moved to Canada in 2012 and in 2013, Sina joined the Northern Hydrometeorology group (NHG). He has been involved with several projects including investigating the water budget of Coles Lake, in northeastern BC.