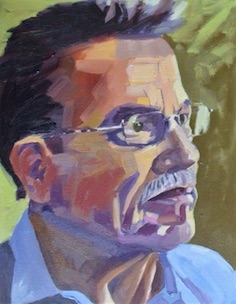 Sea lions, Salmon, Eulachon and Humans: how a complex legal order emerged on the Northwest Coast two millennia ago.

This seminar will explore the evolution of a complex indigenous legal order at the mouth of the Skeena and Nass rivers about two thousand years ago.  It will bring together biological and historical approaches, tracking the changes in distribution of sustenance resources over space and time, and tracking the interactions of human groups as they negotiated those changes with each other.  The presentation hopes to show that each group was a social organism capable of evolution to maintain its identity and survival, and, at the same time, an actor with agency in a complex legal order.

Richard Overstall is a Smithers lawyer with a particular interest in indigenous, environmental, and land use law.  He has previously worked as a mining geologist, and then as a researcher for a number of public-interest and aboriginal organisations, including coordinating the expert opinion evidence for the aboriginal plaintiffs in the Delgamuukw title trial.  Richard has published and presented in a number of legal research areas, including indigenous law and history, criminal evidence, human rights, and monitoring trusts.