The History of a Mixed Economy: Witsuwit’en Relations to Natural Resource Industries, 1870-1970 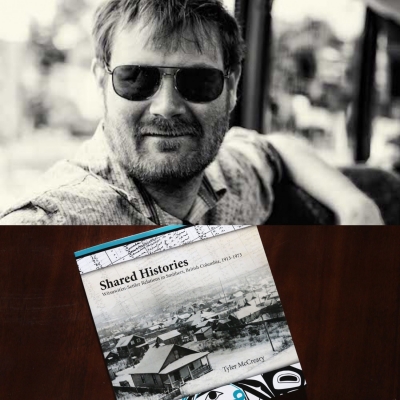 This talk will examine the history of Witsuwit’en relations to natural resource industries in the century following the first major incursion of settlers into Witsuwit’en territories following the Omineca Gold Rush. Indigenous labour was vital to early resource industries. However, participating in early industrial work did not displace Witsuwit’en obligations to kin or connections to the land. Instead paid work created new avenues through which Witsuwit’en workers could accrue wealth to be redistributed through the feast system. Alongside paid work, Witsuwit’en families continued to maintain relationships to the territories, harvesting resources, hunting, and fishing as previous generations had. In the post-war period, however, dynamics began to change. Increased white immigration into the north led to increasing labour market discrimination. Simultaneously, the escalating scale of industrial activity eroded the foundations of hunting and fishing economies. The mixed economy in which Witsuwit’en had maintained territorial connections and kinship responsibilities was undermined by the rise of modern natural resource industries. The tension between large scale extraction and Indigenous land use underlay the subsequent rise of the Indigenous rights movement.

Please note: Tyler will be presenting remotely from Florida.

Tyler McCreary is an assistant professor in the Department of Geography at Florida State University. He has published over two dozen journal articles and book chapters. Born and raised in Smithers, British Columbia, he made that town the subject of his first book, Shared Histories: Witsuwit’en-Settler Relations in Smithers, British Columbia, 1913-1973 (2018, Creekstone Press). The book examines how generations of Witsuwit’en made a place for themselves in a small northern resource town despite local, provincial, and national efforts push them, and indeed all Indigenous peoples, to the fringes. Through his on-going work, he continues to examine how Indigenous-settler relations configure the politics of land, labour, and community in Canada.