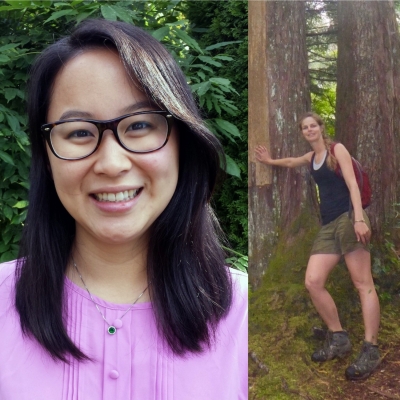 The Metlakatla Cumulative Effects Management (CEM) Program was initiated in 2014 in direct response to increased development pressures on the Metlakatla First Nation and its territory on the North Coast of BC. The goal of the CEM Program is to track and assess the condition of priority Metlakatla values and to connect that monitoring information to decision-making by outlining mitigation, monitoring, and management strategies. In this presentation, we will share the Metlakatla CEM Program journey in three parts: (1) How we started, (2) What we did, and (3) Where we are now. The Metlakatla CEM Program is a novel First Nation-led management system and is designed as a long-term, iterative process with opportunities for critical reflection by Metlakatla decision-makers, research collaborators, and community members. As part of that reflection process, we will highlight key findings, successes, and ongoing challenges that arose from four years of research on cumulative effects assessment and management in a First Nations’ context.

Katerina Kwon is a PhD candidate in the School of Resource and Environmental Management (REM) at Simon Fraser University. Her research group in REM has an ongoing partnership with the Metlakatla First Nation to develop and implement a cumulative effects management (CEM) program in their traditional territory. She has worked with the Metlakatla First Nation since 2014, starting with her master’s research on valued component selection in a First Nations’ CEM context and continuing with her PhD research on further advancing their CEM initiative. Katerina is particularly interested in examining how cumulative effects assessment and monitoring information can be effectively connected to decision-making processes for First Nations in BC.

Erin Mutrie works for the Metlakatla Stewardship Society as their Environmental Assessment Manager. Her main role with Metlakatla involves reviewing and responding to large-scale project applications proposed within Metlakatla's territory. Erin is responsible for ensuring that community interests are addressed and adequately mitigated by proponents and regulatory agencies. For the past two and a half years, Erin has been involved in Metlakatla's Cumulative Effects Management (CEM) Program as a Working Group Member and also as an Advisory Committee Member. She applies the learnings from the CEM Program during various stages in federal and provincial regulatory review processes.