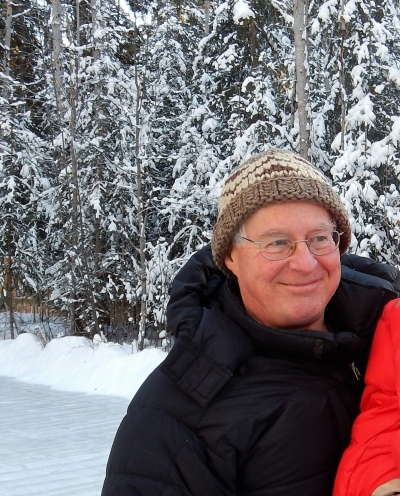 In 2002, the Bulkley Valley Research Centre was established as part of a local, grassroots effort to address the challenges of sustainability and community well-being during a time of rapid and unprecedented change. Fifteen years ago, the newly elected Gordon Campbell government was implementing its vision for the province, which included fiscal austerity, privatisation, deregulation of resource industries, a reduced civil service, and the closing of government offices in some areas. According to Jim Pojar, one of the founding directors of the BVRC, this had a dispiriting effect on the vibrant community of public- and private-sector researchers and resource professionals (foresters, biologists, ecologists, earth scientists, educators) that had developed in the Bulkley Valley since the 1970s. Talented people were leaving the community, and prospects for young researchers were not great. "It was unfortunate because the need for good information and knowledgeable people hadn’t gone away," Jim recalls. "In addition to traditional issues like harvest rates, inventory, and monitoring, global warming was upon us, as was the mountain pine beetle outbreak."

So a group of concerned citizens—which initially included Jim Pojar, Irving Fox, Brian Edmison, and Liz Osborn—came up with a plan to try and keep good people in the Northwest and attract more of them. The Bulkley Valley Research Centre was established in order to address the challenges of natural resource sustainability and community well-being by drawing on the region’s favourable geography and collaborative social capital. The founding directors of the BVRC included: Brian Edmison, Irving Fox, Rosemary Fox, Tom Buri, Sybille Haeussler, Kevin Kriese, Anne Harfenist, Paul Sanborn, Carl vanderMark, Frank Doyle, and Jim Pojar.

In the intervening fifteen years, northwestern BC has seen significant changes in climate, streamflows, forest cover, insect outbreaks, fish and wildlife populations, networks of roads and other linear infrastructure, impacts of invasive species, shutdown sawmills, population trends, and occupations in urban centres. We now have access to Smartphones, 3-D printing, Google Earth, drones, digital cameras, GPS units, LIDAR, CRISPR, and desktop genetic engineering. "Given the amount and pace of change, the importance of natural resources, and the abundance of raw data (vis à vis the shortage of analysis and experienced judgement), the knowledge business can only increase in this region," Jim says.

While Jim believes the Centre continues to provide reliable, useful information and analysis, he notes that in recent years its role in providing a forum for interdisciplinary collaboration seems to have diminished somewhat. He hypothesizes that a changing demographic, chronic underfunding of bigger-picture research, more DIY projects, and skepticism about the benefits of membership and the advantages of teamwork may all have played a part in this shift. Jim anticipates continued rapid change and more upheaval over the next fifteen years, but knows "critical thinking never goes out of style." Amidst the current global political climate, he notes that information is "the currency of democracy" (Ralph Nader), and that broad-based knowledge and evidence-based assessment are more important now than ever before.

Jim has several ideas about how the BVRC and local researchers can contribute in the years ahead, including the need to update most LRMPs (land use plans), focus on carbon stewardship, and prioritize the maintenance of clean air and water. "The Centre could help with applied research, timely communications, collaborative workshops, training and mentoring," Jim says. He also thinks that a State of the Northwest report and a Regional Environmental Assessment are long overdue and fundamental to any meaningful analysis of cumulative impacts.

Jim is hopeful about where the BVRC is headed, and acknowledges that the current community of researchers in the valley represent a good mix of gender, age, field experience, technical savvy, familiarity with the literature, management skills, and links with academia. "This community has survived even as the regional workforce squeezed through institutional bottlenecks and neglect, but the present talented assemblage won’t persist indefinitely."

Fifteen years after helping to establish the BVRC, Jim hopes to pass the mantle onto the next generation of researchers, students, professionals, and engaged citizens. "We need new opportunities, new faces, and more young people."